NBC’s Outsourced, a comedy centered around the lives of call center employees in India and their non-Indian managers, seemed to be a polarizing comedy amongst South Asians.  I personally loved it not only because it was set in India and made me non-stop LOL at everything that is amazing, absurd and amusing about the motherland, but because it was the first and only comedy that I could watch with my parents where they understood the majority of the jokes.

My absolute favorite character on the show was Manmeet, played by Sacha Dhawan; Manmeet was the perfect blend of hopeful, mischievous, endearing, charming, good-hearted & funny all while being sweetly naive to the workings of women (although I do not think anyone on the show or in real life has that quite figured out), and one thing that my gut told me about the person playing him was that he was kind.

As they say, your gut never lies to you and my correspondence with Sacha about doing this interview will always be one of my favorite interactions with another person ever.

Check out the interview for inspiration on taking the path less traveled as well as insights on relationships. Ladies, you’ve been warned that if you did not already have a crush on Sacha, you definitely will by the end of this, and guys, you might end up a bit smitten as well.  🙂

SM: I read that you started acting at the age of 12.  How did you get into acting at such an early age (when most Indian kids’ parents were grooming them for being a doctor/engineer) and at that time, did you know that was “what you wanted to do when you grew up”?

SD: My family have always been immensely passionate about the arts, so I guess it’s always been in my blood. Both my parents are great singers and love performing; my Mum sticks to the Indian classics, whilst my Dad adopts the role of Elvis Presley. It’s always been a treat seeing him come to life at Indian functions. Since I was a kid I’ve loved getting in front of a crowd and performing. My mum in particular has always been incredibly supportive, and given me the confidence to pursue my passion. I actually started out as a tap dancer, before being spotted by a talent agent whilst performing on stage. Within two weeks of signing with the agent, I landed my first role in a childrens’ series in the UK.

And that’s when the dream became a reality, and I’ve been a part of the industry ever since.

SM: As someone who is obsessed with India (& laughing), I was a huge Outsourced fan especially because it was the first “American” comedy that I could watch with my parents that they understood and enjoyed as much as I did. However, a lot of Indian folks did not feel the same way; many felt like India was negatively portrayed and that Indian stereotypes were perpetuated by the show. Your thoughts on those sentiments?

SD: It’s rare to see TV shows which cater for the whole family.  And knowing that households across America were sitting together as a family to watch our show, for me, was priceless.

I wanted to do OUTSOURCED because for me, it was one of the first projects I’d done, which wasn’t full of Indian stereotypes.

This was one of the first shows of its kind with predominantly an Indian cast.  But that wasn’t what drew me to the project.  It was the fact that the ensemble cast were so unique, and different to one another.
OUTSOURCED gave me the opportunity to portray a character, not just an ‘Indian guy’.

SM: I’ve never heard of the name Sacha before – I know this is not how your name is pronounced but I’m reading it as “sacha” in Hindi, so honest/good-hearted. Is that what your name means? If not, what’s the story behind your name & just out of curiosity, what part of India is your family from?

SD: Sacha is not a Hindi name. My parents actually named me after an actor they both admired called ‘Sacha Distel’.  My family originated from Punjab in India.  To be more specific, they were born in the district of Jalandhar.

SM: You’re back in Manchester now; when can your fans this side of the pond get to see you again?

SD: I was born in Manchester UK, but I now live in London.  It’s nice to be back in a compact city again after almost a year and half away in Los Angeles.

I strive to be an actor of versatility.  I love playing different characters in different genres. I’ve just recently finished shooting a new costume drama for the BBC, ‘The Mystery of Edwin Drood’ by Charles Dickens (adapted by Gwyneth Hughes), opposite ‘Matthew Rhys’ (Brothers and Sisters).

I look forward to my American fans seeing a totally different side to me.  With the great success of ‘Downton Abbey’ in the US, I can confirm that the US channel PBS will be airing ‘The Mystery of Edwin Drood’ on MASTERPIECE in April, 2012.

And I’m currently shooting ‘Being Human’ (The British series).  Again I’m playing a totally different character, which has been so much fun. I can’t reveal too much about the plot, but the series should air on BBC America next year.

SM: As I’d mentioned, the theme behind these interviews is “South Asians taking the path less traveled.” Although you started on your path early on in life, I’m sure you know many people conflicted between what they really want to do and what they feel like they have to do.   Assuming that most of my readers are in their late 20’s to mid-30’s, what advice would you give them about pursuing their dreams?

SD: The course of life is never easy, but I truly believe anything is possible. That’s providing that you believe in yourself, and give 100% commitment.  We’re in difficult times at the moment, so it’s easy to feel discouraged.  Don’t give up; use today’s current climate as an incentive not to be defeated. Your life is what you make it.

SM: The other focus of this blog is “South Asian Dating.”  I won’t pry into your personal life, but I’m of the mindset that far more than what we do in life professionally, that our relationships are what life is really about.  I’d love to know your thoughts on relationships (platonic/otherwise) & how do you – with your busy schedule – make time for the important relationships in your life?

SM: On the above, what’s the one piece of advice – either from your own experiences or from relationships you admire – that you would give to folks (essentially all my readers) who find dating to be complicated, painful, frustrating or some combination of all of the above?

SD: We have no control over who we meet.  Sometimes we just have to sit back, and let life take its course.
The things we want most out of life, happen when we least expect it.

SM: Speaking of South Asian Dating, I’m assuming your parents are cooler than most desi parents by leaps and bounds and I’m sure your thriving career (plus being a guy) keeps them from pressuring you, but any pressure from them to “settle down”? If the topic does come up, how do you address it?

SD: My parents just want me to be happy.

The industry I’m in is incredibly volatile, and I strive for stability and security.  Once I have these things in place, then I’ll be ready to settle down.

Both my mum and dad fully appreciate this.  It’s not just about me ‘settling down’ as it were,its about me being ready to build a family.  That’s my goal really, its what life is really about.

SM: What qualities – whether it be a killer smile or a great sense of humor – do you find most attractive in someone?

SM: I’m a huge fan of quotes. Any that you live by?

SD: “Life consists not in holding good cards but in playing those you hold well.”
Sacha, thanks again for being such a good sport & humoring all of my random questions!  & on that note, for anyone who was a fan of Sacha on Outsourced or if you did not get to catch the show (you seriously missed out), in honor of the relationship focus of the blog, check out “Love Advice from Manmeet“ 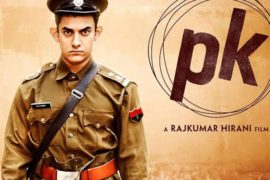 My Thoughts on PK, the Film

Fasting – to find a husband/for your husband…

On My Birthday… The Evolution of Smita Moon